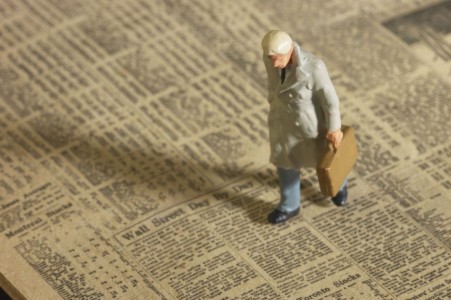 Employees who are fired in violation of an employment contract, for discriminatory reasons, or for exercising certain legal rights may have a wrongful termination claim. In California (as in other states), most employees work at will, which means they can be fired at any time, with or without notice. However, California has created a number of illegal reasons for termination, which are off limits for employers.

If you have a contract that promises you continued employment for a certain length of time, or that limits your employer’s ability to fire you (for example, only for “good cause” or other specific reasons), your employer must hold up its end of the deal. If your employer fires you in violation of the terms of the contract, you may have a strong claim against your employer.

Employers may not make job decisions, including whether to fire an employee, based on certain protected characteristics. In California, these characteristics include race, color, national origin, religion, sex (including pregnancy), age, disability, genetic information, sexual orientation, gender identity, citizenship status, marital status, medical condition, political beliefs or activities, military or veteran status, or status as a victim of domestic violence, stalking, or assault.

If you were fired because of your membership in a protected class, you may have a strong wrongful termination case. If you win a discrimination lawsuit, your employer can be forced to pay not only your lost wages and benefits, but also your attorneys’ fees and court costs, damages for your emotional distress, and possibly punitive damages.

An employer may not fire an employee for exercising, or trying to enforce, their employment rights. For example, you may not be fired for filing a complaint of discrimination or harassment, requesting or taking family and medical leave, taking time off to serve on a jury, filing a workers’ compensation claim, or complaining about illegal wage and hour practices (such as unpaid overtime or illegal tip sharing arrangements). California is perhaps the state that offers the most protections for employees, which means there are many potential bases for retaliation claims. If you were fired for making a complaint or exercising a right granted by law, you may have a claim against your employer.

The damages available for  retaliation claims depend on which law you were exercising your right under. Typically, though, a successful employee can collect not only lost wages and benefits, but also attorneys’ fees, damages for emotional distress, and sometimes punitive damages.

Employees may not be fired for exercising a legal right, refusing to commit an illegal act, or complaining about workplace illegality. Public policy claims are similar to, but slightly different from retaliation claims. A retaliation claim is based on a specific legal provision in an employment law that prohibits employers from firing employees for exercising that right or filing a complaint about being denied that right.

A public policy claim, on the other hand, need not be based on an employment law or even a specific statute. Here are some examples:

In each of these examples, the employee would have a wrongful termination claim, even though no law expressly states that an employer may not fire an employee for taking this particular action. The larger principle is that no one should be fired for exercising a legal right or protesting or refusing to participate in illegal or unethical behavior.

Wrongful termination in violation of public policy is a type of personal injury (tort) claim, which means a successful employee can collect not only lost wages and benefits, but also damages for emotional distress, and punitive damages (where an employer’s actions are particularly bad)

An employee may have other personal injury claims arising from the employment relationship. For example, an employee who was fired after being sexually harassed by a manager might have a claim for assault or battery (in addition to a harassment and retaliation claim). Or, an employee who is falsely accused of theft might have a claim for defamation, if the employer spreads that false information maliciously, in a way that harms the employee’s chances at getting another job. And, if your employer made big promises to get you to take the job, without intending to fulfill those promises, you might have a fraud claim. For any of these personal injury claims, you can ask the court to award lost wages and benefits, emotional distress damages, and punitive damages.