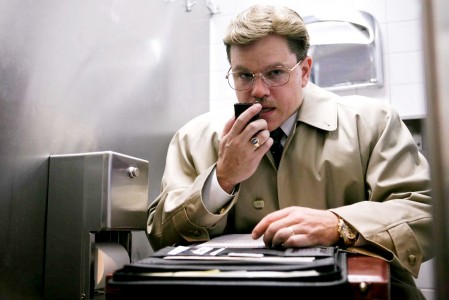 The False Claims Act, 31 U.S.C. § 3729 et seq., provides for liability for triple damages and a penalty from $5,500 to $11,000 per claim for anyone who knowingly submits or causes the submission of a false or fraudulent claim to the United States.

The statute, first passed in 1863, includes an ancient legal device called a “qui tam” provision (from a Latin phrase meaning “he who brings a case on behalf of our lord the King, as well as for himself”). This provision allows a private person, known as a “relator,” to bring a lawsuit on behalf of the United States, where the private person has information that the named defendant has knowingly submitted or caused the submission of false or fraudulent claims to the United States. The relator need not have been personally harmed by the defendant’s conduct.

The False Claims Act has a very detailed process for the filing and pursuit of these claims. The qui tam relator must be represented by an attorney. The qui tam complaint must, by law, be filed under seal, which means that all records relating to the case must be kept on a secret docket by the Clerk of the Court. Copies of the complaint are given only to the United States Department of Justice, including the local United States Attorney, and to the assigned judge of the District Court. The Court may, usually upon motion by the United States Attorney, make the complaint available to other persons.

In addition to the complaint filed with the District Court, the relator through his or her council must serve upon the Department of Justice a “disclosure statement” containing substantially all the evidence in the possession of the relator about the allegations set forth in the complaint. This disclosure statement is not filed in any court, and is not available to the named defendant.
Under the False Claims Act, the Attorney General (or a Department of Justice attorney) must investigate the allegations of violations of the False Claims Act. The investigation usually involves one or more law enforcement agencies (such as the Office of Inspector General of the victim agency, the Postal Inspection Service, or the FBI.) In some investigations where state agencies are victims, state attorneys general with expertise and interest will participate in the investigation and work closely with the federal agencies.

The investigation will often involve specific investigative techniques, including subpoenas for documents or electronic records, witness interviews, compelled oral testimony from one or more individuals or organizations, and consultations with experts. If there is a parallel criminal investigation, search warrants and other criminal investigation tools may be used to obtain evidence as well. At the conclusion of the investigation, or earlier if so directed by the Court, the Department of Justice must choose one of three options named in the False Claims Act:

1) intervene in one or more counts of the pending qui tam action. This intervention expresses the Government’s intention to participate as a plaintiff in prosecuting that count of the complaint. Fewer than 25% of filed qui tam actions result in an intervention on any count by the Department of Justice.

3) move to dismiss the relator’s complaint, either because there is no case, or the case conflicts with significant statutory or policy interests of the United States. In practice, there are two other options for the Department of Justice:

4) settle the pending qui tam action with the defendant prior to the intervention decision. This usually, but not always, results in a simultaneous intervention and settlement with the Department of Justice (and is included in the 25% intervention rate).

5) advise the relator that the Department of Justice intends to decline intervention. This usually, but not always, results in dismissal of the qui tam action. There are no statistics reported on the length of time the average qui tam case remains under seal. In this District, most intervened or settled cases are under seal for at least two years.  Intervention by the Department of Justice in a qui tam case is not undertaken lightly.

Intervention usually requires approval by the Department in Washington. As part of the decision process, the views of the investigative agency are solicited and considered, and a detailed memorandum discussing the relevant facts and law is prepared. This memorandum usually includes a discussion of efforts to advise the named defendant of the nature of the potential claims against it, any response provided by the defendant, and settlement efforts undertaken prior to intervention. This memorandum is considered to be attorney work product exempt from disclosure.

Upon intervention approval, the Department of Justice files

1) a notice of intervention, setting forth the specific claims as to which the United States is intervening;

2) a motion to unseal the qui tam complaint filed by the relator and the notice of intervention. All other documents filed by the Department of Justice up to that point remain under seal.

The decision by the Department of Justice to intervene in a case does not necessarily mean that it will endorse, adopt or agree with every factual allegation or legal conclusion in the relator’s complaint. It has been the usual practice of the Department to file its own complaint about 60 days after the intervention, setting forth its own statement of the facts that show the knowing submission of false claims, and the specific relief it seeks. In addition, the Department of Justice has the ability to, and often will, assert claims arising under other statutes (such as the Truth in Negotiation Act or the Public Contracts Anti-Kickback Act) or the common law, which the relators do not have the legal right to assert in their complaint, since only the False Claims Act has a qui tam provision.

After the relator’s complaint is unsealed, the relator through his or her attorney has the obligation under the Federal Rules of Civil Procedure to serve its complaint upon each named defendant within 120 days.

Each named defendant has the duty to file an answer to the complaint or a motion within 20 days after service of the government’s complaints. Discovery under the Federal Rules of Civil Procedure begins shortly thereafter.

The Law Offices of Benjamin Davidson is experienced in filing False Claims Act and other types of state and federal whistleblower claims on behalf of employees and officers of public and privately held corporations.  Please call for a confidential consultation.

Back to Areas of Practice.